Greyskye created the new website for this internationally-renowned event facility. 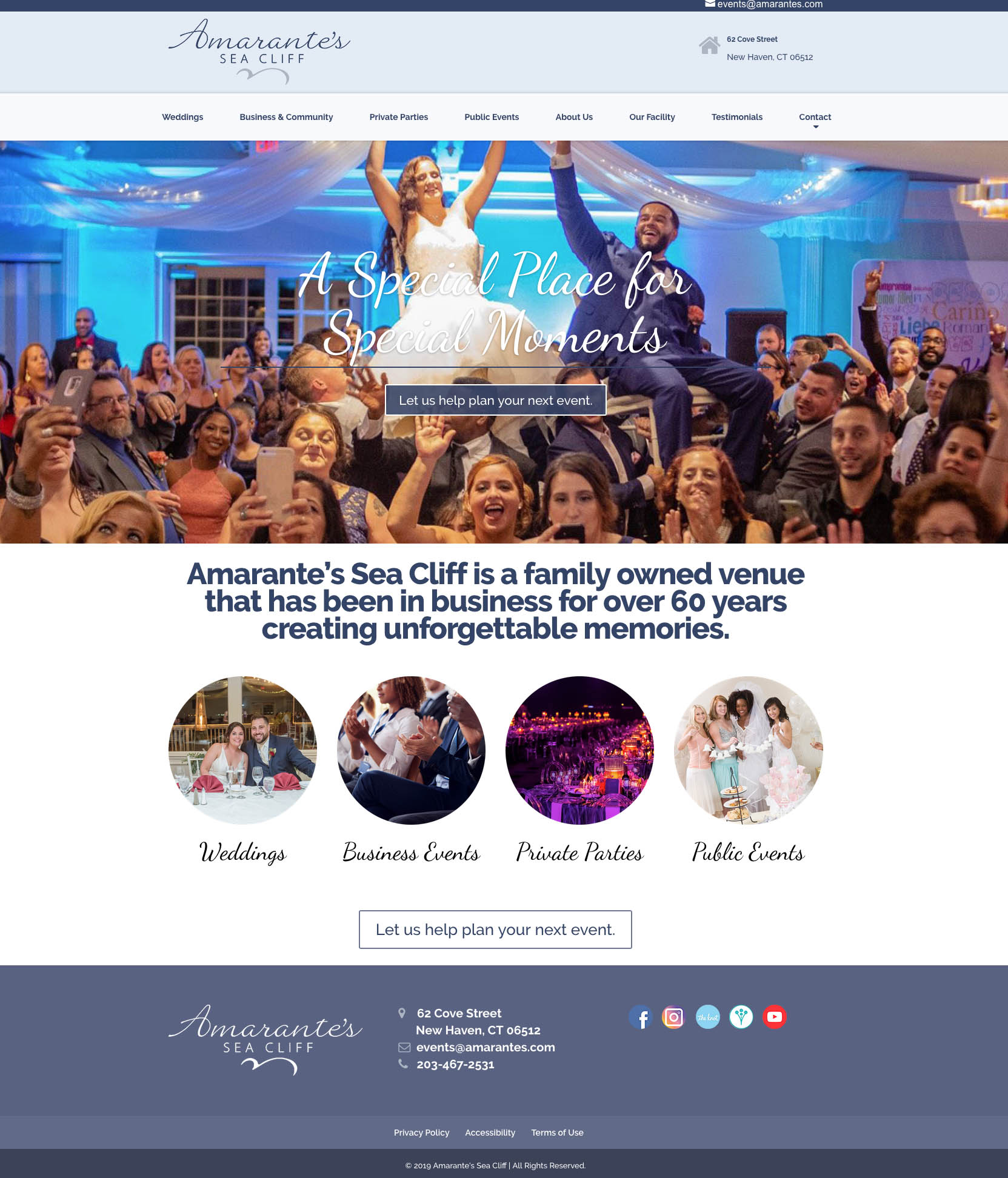 “Our facility at Sea Cliff boasts a colorful 100-year history. In the “Roaring Twenties” many beach goers would ride the trolley to Sea Cliff, while others would arrive in their personal limousines. All would party and dance to the big band music and occasionally visited the Speak Easy located in the basement.”

“When Andy “Sonny” Amarante purchased Sea Cliff, in 1962, the fine art of dinning was introduced. Every offering and event had the Amarante design and flair, which made Sea Cliff the premier water front catering facility in Connecticut. In the 80’s Andy later introduced and self-produced the first Connecticut dinner theater, which hosted tens of thousands of theater loving diners.”