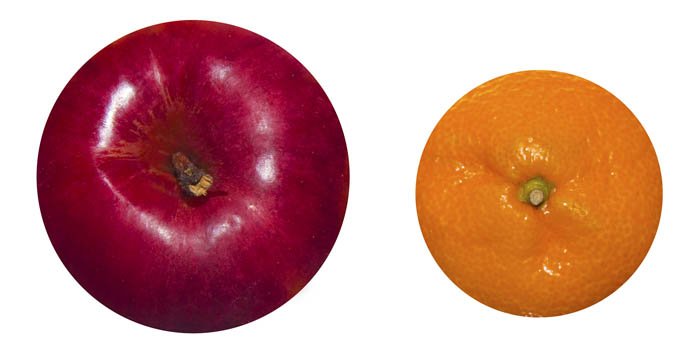 Most critical aspects to why Apple’s IOS beats Android*:
No Android Store – Apple.com and Apple store have amazing customer service. I’ve scheduled and had numerous appointments from using the Apple Store App. I arrive on time, and am taken care of immediately, since the beginning.

One-click backup from “day one” IPhone hit shelves in 2009; to this day Android – no reliable way to backup – emphasis on “reliable” (don’t all IT professionals say “a file saved is a file saved”?)

OS updates to all devices on day one of release – Android: not. Android apps may auto-update for a new OS, but if your phone itself has not been updated, your phone (or at least some/many of your Apps) may become useless – forever.

IOS customization only includes changing wallpaper. Android offers endless customization possibilities. Surveys indicate most Android users customize their phones over and over, spending their most valuable asset – time – and are rarely satisfied at the result… more time. Would you consider “fun” over “stable”?

Siri blows away S-voice (Samsung). Much faster at responding to tasks. Much better sounding voice. We don’t mean about asking the weather either – we’re referring to the most practical of uses – texting, calling, emailing, directions. Note: Google voice search is very robust when searching for local businesses and directions to… seems to be noticeably better than Siri here.

6s Plus – better stability than most Android cameras which are slow on shutter response (still!), although of course, many Android phones do have excellent cameras. Just comparing all camera features, etc., Apple wins in our opinion.

All phones could get slow over time, but Apple phones seem to have many lower instances of that.
IOS much more stable than Android. Much less crashing, etc.

Side note: IOS hardware launches done so well. Samsung, for example has really great cinematic presentations, but audience response to Justin Denison’s energy is not tangibly felt. He always seems scripted and unnatural. Cannot “pull in” audience the way (most) Apple rep’s do. Creates a “geeky” atmosphere, as opposed to “excited”.

That said, without competition, we’d all be finished, so keep ’em comin’, IOS and Android.

* Footnotes:
Not having a Micro SD slot may keep malware and viruses to a minimum; also speed to a maximum since your entire device’s overall speed may be affected with an old/not-as-compliant card.

Some Android devices do have enviable features such as “waterproof”, wireless charging.

I was not always w/ Apple. We have zero bars in the neighborhood (near a big hill).  Had to use a wi-fi calling device (Blackberry, then Android) since “micro-cell” devices were unreliable (had iPhone at the time). Once Apple (finally) integrated wif-fi calling into their hardware, I was “in”.

Also… remember the Treo, etc., those were smartphones as well. Do you miss any of those older features?